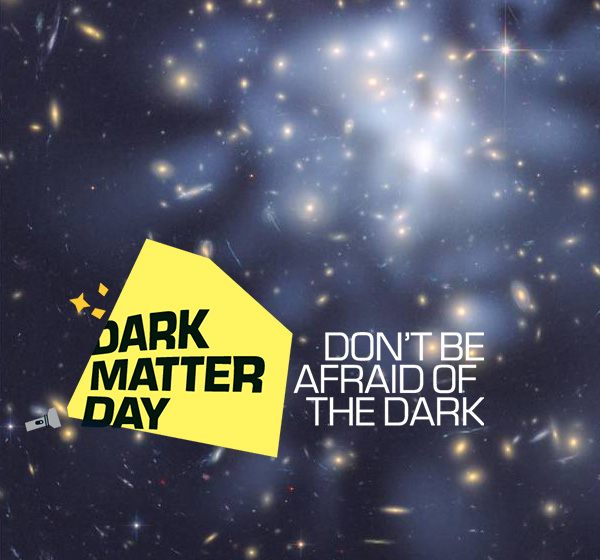 Dark matter is puzzling. We can’t see or touch it, but we believe it makes up about 85% of the matter in the Universe. Canadian astronomers are at the forefront of the search for the true nature of this elusive substance.

Join us on Monday, October 23rd for an evening of fascinating talks in celebration of Dark Matter Day. From the first evidence for dark matter in distant galaxies to cutting-edge tools for detecting dark matter right here on Earth, this is your chance to find out what dark matter is, why it matters, and how we’ll find it.

The Dunlap Institute will be joining forces with the CPARC team at Queen’s University, TRIUMF, and the SNOLAB, to bring you two simultaneous events—one at U of T, the other at Queen’s—with four amazing scientists. Each location will feature live speakers, streamed to the other venue, as well as others from their laboratories deep underground! Joe Bramante studies the connection between dark matter and dead stars. He recently joined Queen’s University as a CPARC hire. Before that, he was a visiting fellow at the Perimeter Institute. Ken Clark, another CPARC scientist, studies dark matter from 2 km underground, at the SNOLAB. He will be joining us directly from SNOLAB during DMD. Renée Hložek, a professor at the Dunlap Institute for Astronomy and Astrophysics, studies how the universe began, how it will end, and what it’s like on the largest scales. She’ll be delving into theoretical and observational tests of dark matter and dark energy. Isabel Trigger will tell us about the latest results from the Large Hadron Collider, a massive particle accelerator in Europe that is attempting to produce and study dark matter. She is a research scientist at TRIUMF in Vancouver, working on the ATLAS project.

Dark Matter Day is offered by the Dunlap Institute for Astronomy & Astrophysics, in partnership with CPARC at Queens University